Code quality is an extremely important parameter for software quality deliverables and affects the overall success of a software organization. It is critical to ensure utmost quality of delivered software as code quality defines how safe, secure and reliable the software is.

Ensuring high quality of software should definitely be the goal throughout any development process. It can surely be achieved if everyone in the team is determined to deliver quality and holds himself accountable for it.

Code quality depends on a number of different attributes and requirements, primarily determined and prioritized by the business needs.

The quality of code is important because if the code is of low quality, it might introduce safety or security risks. The results can be catastrophic or fatal if the software fails due to security violations or safety flaws.

The key traits to measure for higher quality are:

How to Improve Code Quality

Once, the code quality is measured, we can take steps to improve it.

Let us discuss some ways you can improve code quality:

Code Review is a phase of the software development process in which the authors of the code use a system of review to examine the source code. The code is usually reviewed by another programmer who inspects the code for mistakes, irregular formatting, or inconsistencies with the system requirements that may create larger issues during the integration process.

Code review is the most commonly used procedure for validating the design and implementation of features.

Code Review is an instrumental component of an efficient software solution. It creates consistent code and enables better QA testing and seamless software integration. By diminishing mistakes and fixing errors earlier at the review stage, programmers become more efficient in designing customized solutions in line with the specifications to the client.

The major purpose of the review process is to create a collective responsibility of the software’s quality through knowledge transfer by examining the source code collectively as a team.

Another advantage of maintaining consistent code standards is that it is easier for specialists and testers to understand the source code.

Source code that is constantly under review allows developers to learn more reliable techniques and best practices leading to robust software for seamless integration and functionality.

Code review can be performed in two levels:

Peer review
It is mainly focused on functionality, design, and the implementation and usefulness of proposed fixes for stated problems.

Peer reviewers look for the following in the code:

External review
It is different than peer reviews as it addresses different kinds of issues. Specifically, external reviews focuses on how to enhance code quality, promote best practices, and remove “code smells.”

External reviewers look for following in the code:

Why Reviewing Code is important?

There are several reasons why performing a code review is a necessary part of an efficient and complete development process.

In the DevOps world where so much code lives on GitHub, code reviewing typically goes hand-in-hand with “pull requests”. A pull request is a request to introduce changes to a code repository using a distributed version control system. It works by “pulling” the original code, applying changes, then submitting a request to merge the changes in.

Having a regular and efficient code reviewing process in place is extremely useful and important as it helps to maintain high-quality coding standards and foster growth and knowledge sharing.

It is important to understand that asking for a code review is not a sign of weakness or something negative and one should always be open and positive feedback.

Static code analysis is a set of algorithms and techniques used to analyze source code in order to automatically find potential errors or poor coding practices.

Static code analysis, also commonly known as “white-box” testing, tests applications in non-runtime environments. It is a proven technique which covers entire codebase and identifies all the vulnerabilities.

The tasks performed in the static code analysis can be divided into 3 categories:

There are many static analysis tools available. However, Checkstyle, PMD, and Sonarqube are well-known and commonly used in the projects.

PMD is a static code analysis tool. It detects programming errors such as unused variables, empty catch blocks, unnecessary object creation, and so forth. It’s majorly concerned with Java and Apex, but supports six other languages.

PMD is a static code analysis tool capable of detecting many potential defects and unsafe or non-optimized code (bad practices). PMD focuses more on preemptive defect detection ensuring good practices are followed. It comes with a rich and highly configurable set of rules, and you can easily configure which particular rules should be used for a given project.

PMD is very useful when it is integrated into the build process. It can then be used as an enforced quality check, to adhere to a coding standard for your codebase.

PMD can be run as:

Checkstyle is an open source tool that can help enforce coding standards and best practices, with a major focus on coding conventions.

Checkstyle is a development tool that aids programmers adhere to coding standards while writing code. It automates the process of checking Java code sparing the human effort for this not so interesting yet an important task. This makes it ideal for projects that want to enforce a coding standard.

Checkstyle is highly configurable and can be made to support almost any coding standard.

It is implemented in Java language and can analyze the code of about 20 different programming languages, including c/c++, PL/SQL, Cobol etc through plugins. More than 50 plugins are available which extend the functionality of SonarQube.

SonarQube can inspect and evaluate anything that affects code base, from minor styling details to critical design errors. Hence, it is a great aid to software application developers in identifying the issues and their impact.

SonarQube’s offerings span what its creators call the Seven Axes of Quality:

We will explore this tool in detail in the further sections.

A code review typically starts with the static analysis of the source code using a static analysis tool. Various key statistics are analyzed on the basis of software metrics.

SonarQube Integration is an open source static code analysis tool that has become quite popular in recent times. It can integrate with your existing workflow to enable continuous code inspection across your project branches and pull requests.

SonarQube provides reports for your projects after thorough analysis.

The Sonar platform analyzes source code from different aspects and drills down to your code layer by layer, moving from the module level down to the class level, giving metric values and statistics, revealing issues in the source code at each level, that need to be addressed.

Your project home page tells you where you stand in terms of quality in a glimpse of an eye. It you an immediate sense of what you have achieved till now and the project status.

Centralize Quality – All projects in one place

SonarQube enables organization to estimate and predict project risks as there is a centralized system of storing the code metrics. It simplifies deployment and helps monitor the project status.

SonarQube provides the facility to create your own quality profiles and define Sonar Rules shareable across different projects.

Quality Gates are a powerful feature by SonarQube.

They are a combination of threshold measures set on your project.

A quality gate is the best way to enforce a quality policy in your company.

They are basically a set of conditions that the project must meet before it can be delivered to production.

You can define as many quality gates as you wish to, depending on the project need.

Each Quality Gate condition is typically a combination of:

All projects may not be verified against the same quality gate, as it’s not practical that the threshold measures would be the same for all projects.

A failed Quality Gate would look like the one below, highlighting all the bugs and issues found in the project.

How it helps different users in Organization

SonarCloud : SonarQube as a cloud service

SonarCloud can perform analysis on 20+ different languages. Some of the features are:

Depending on which cloud service you use, you can choose from these dedicated integrations: 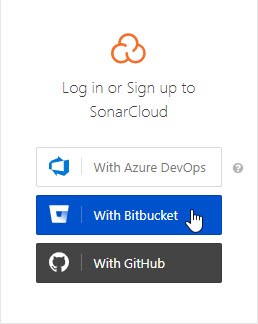 The SonarCloud GitHub application makes it very simple to pull in new code repositories in SonarCloud, get your pull requests detected with quality issues, and also in team collaboration.

Steps to login for your project using GitHub:

In this document, we have tried to cover why code quality is important and how code reviews help us achieve the same. We also discussed tools available for static code analysis, which is an important part of code reviews.

We explored a very popular static code analyzer, SonarQube in detail and also learnt how to integrate SonarQube with Jenkins – all the required configuration etc.

We also saw how sonarCloud.io, the option available through cloud services, can be used for quality check of our projects.

Hope you enjoyed reading this document and found it helpful. Happy learning!