Docker is an open-source platform for deploying, shipping and running an application. And it was first released in 2013.Docker enables you to separate your application from your infrastructure so you can deliver the software quickly and more reliable.

Docker is a set of platforms as a service product that OS level virtualization to delivery software packages called containers. Docker use a client server architecture. The docker clients talk to docker daemon which does they heavy lift of building, running and distributing of docker containers.

Why We Need Docker?

Containers allows a developer to package up all code and all it’s depended. We can do a lot of operations in docker like installed different type of servers like apache and we can install different type of editors like vim editor, GCC editor. And we can do changes over cloud with the help of docker container. We can do Docker compose using docker and docker volumes as well using docker.

Docker provides the ability to package and run an application in a slowly isolated way called container. The isolation and security allow to run many containers simultaneously on a given host. Container are lightweight because they don’t need to extra load of a hypervisor, but run directly within the host machines kernel. In this way we can run more number of containers. We can even run docker containers within host machine that are actually virtual machines.

How to Install Docker on Windows?

Just go to the official website of docker and we can directly download on windows
Link is: https://docs.docker.com/docker-for-windows/install/

We can do directly on web cloud. They are a web page of play with docker it’s not for only docker for every tool we do that
Link is: https://labs.play-with-docker.com/

Step 1:After visiting the official website of docker i.e.,

Step 2:You will see the official webpage of docker 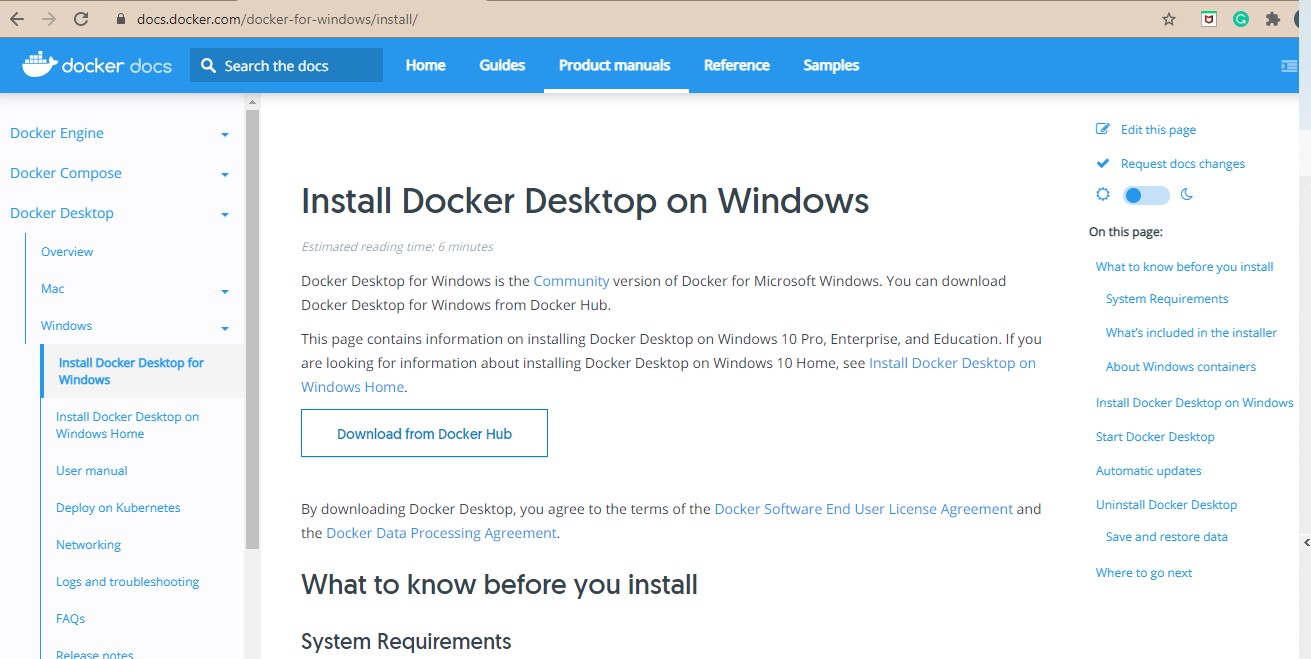 Step 4: After clicking on Download from Docker Hub it ill asks weather u want to download for OS, MAC or LINUX.

Step 5: Choosing anyone them.

Step 7: Click on get docker. It will be starting installation. 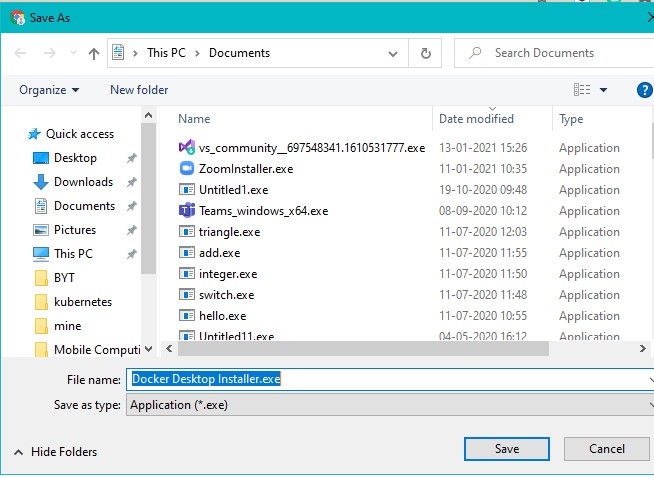 Docker is successfully installed.
To see whether the docker is running or not
Open Command Prompt and run the docker –version to see the version of Docker 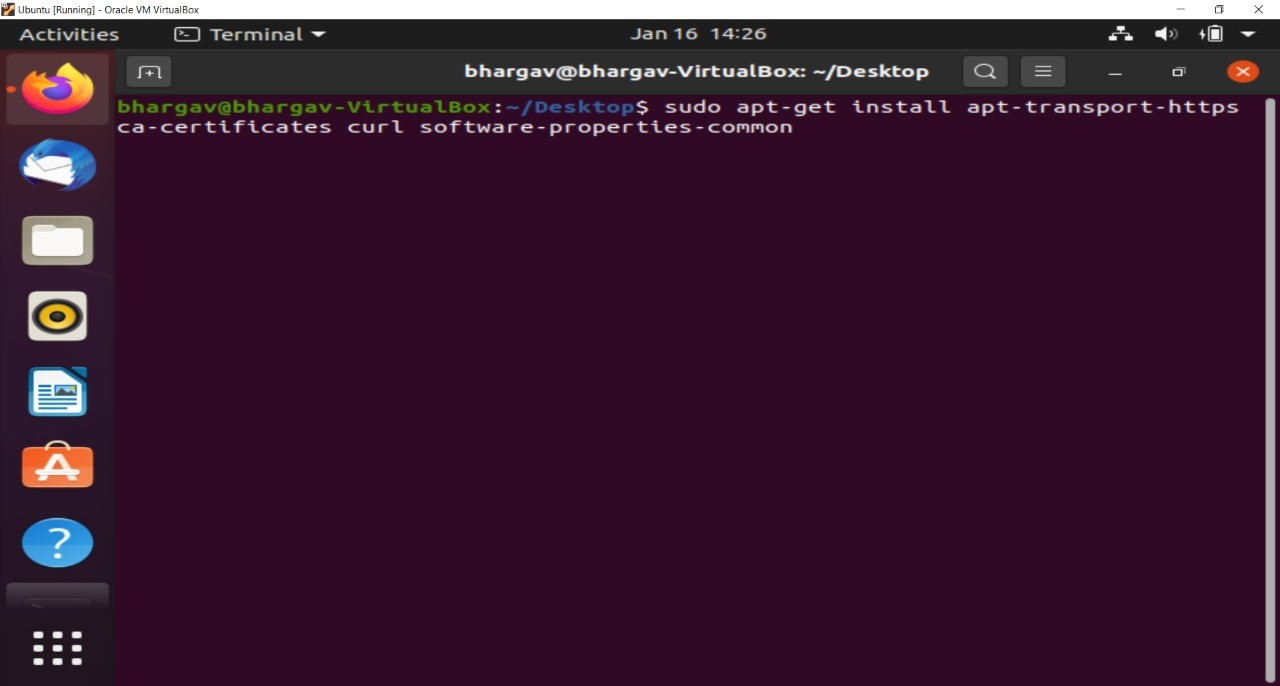 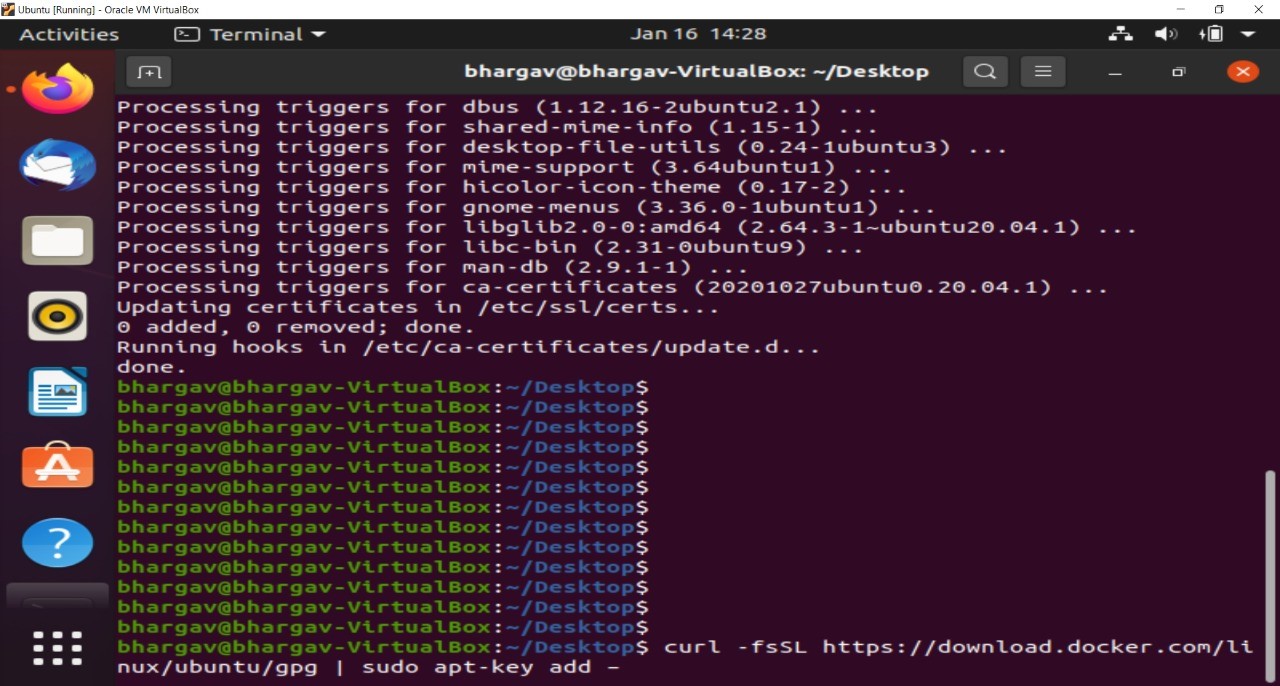 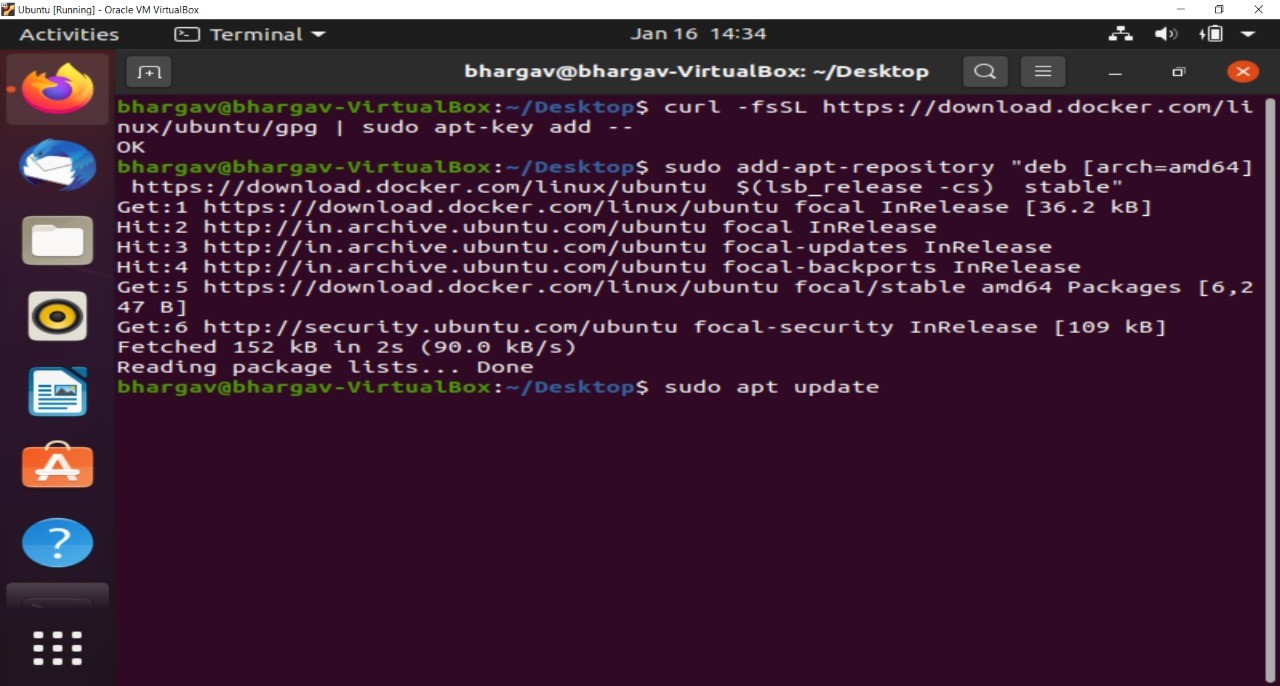 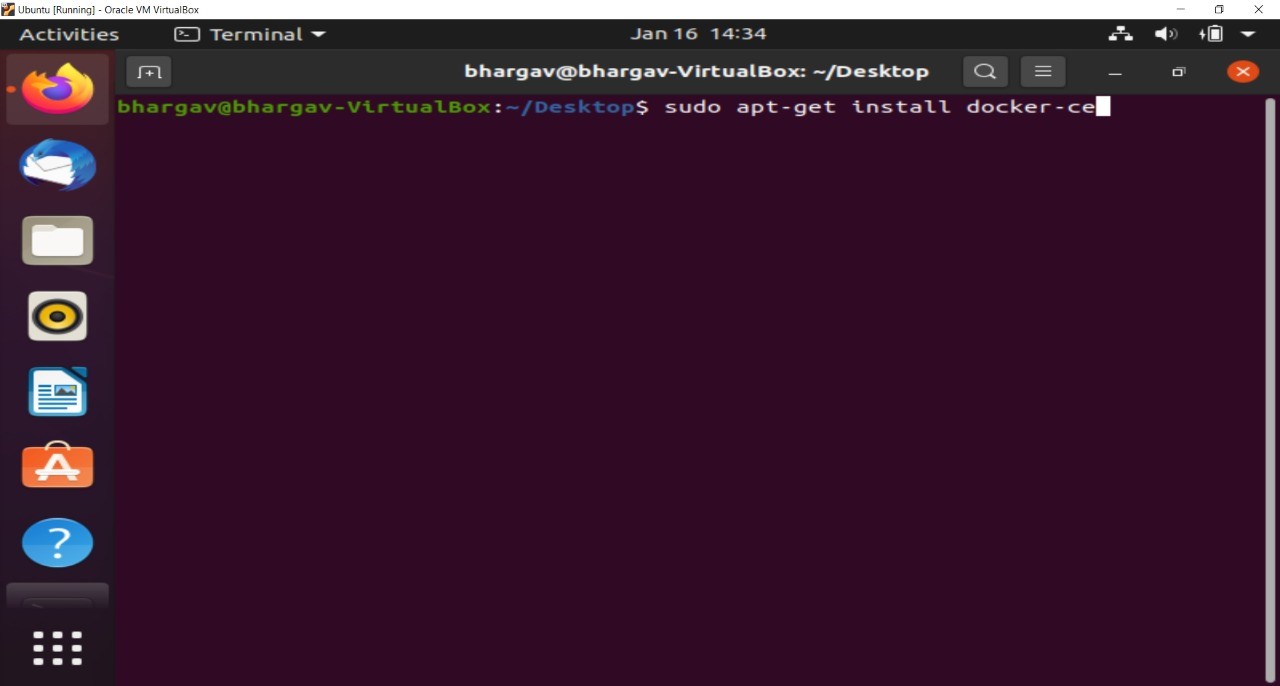 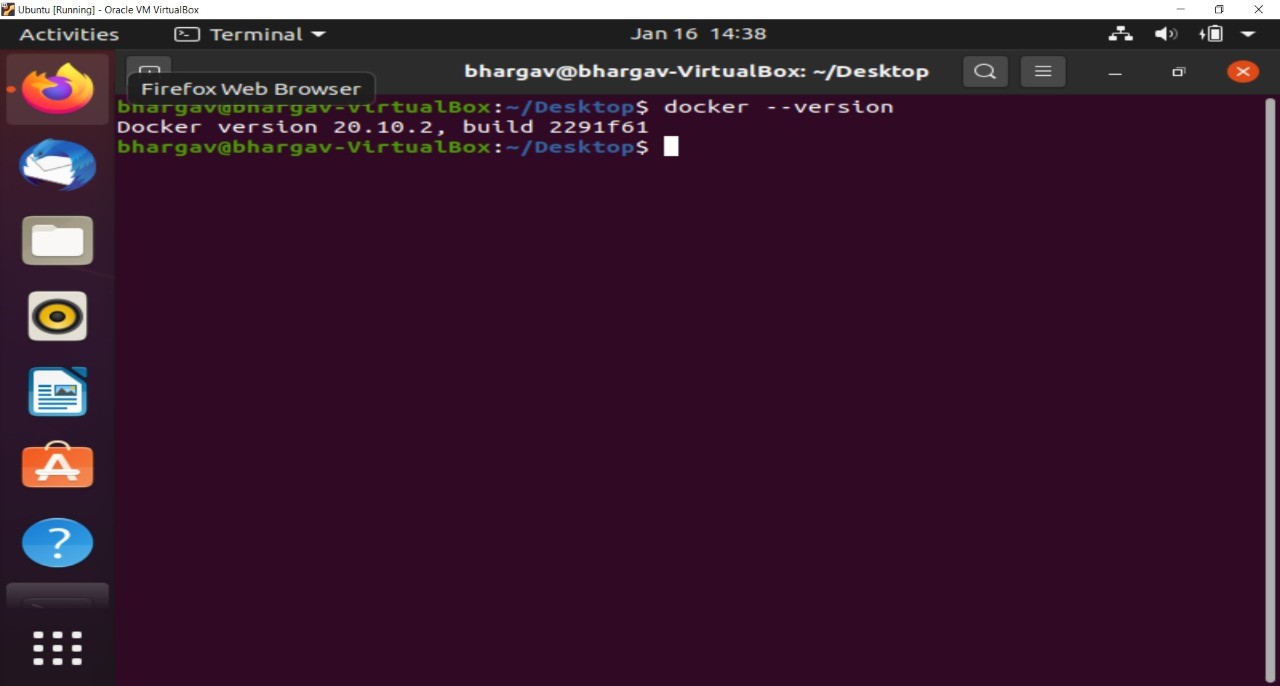 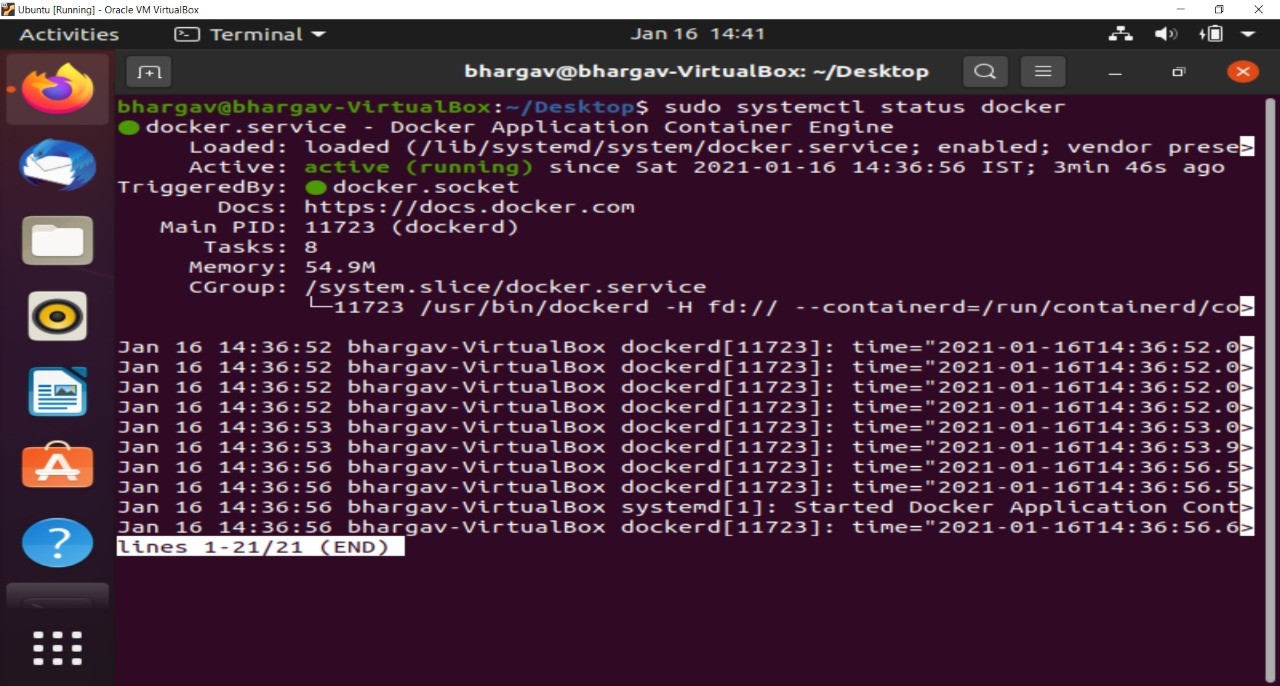 Container is standard unit of software that packages up code and all its dependencies so the applications runs quickly and reliable. Container is a runnable instance of an image which we can stop, start, delete, kill and movie using docker API.

Docker container is an open-source software development platform. It main benefits is to package applications in containers, allowing them to be portable to any system running a LINUX or Windows.

What is Docker Image?

A Docker image is a read-only template that contains a set of instructions for creating containers that can run the docker platform. It provides a convenient way to package up applications.

When we use docker we can create

Building an Image: The Dockerfile Basic

To build an image the command is

The pull command is used to pull the image from the cloud.

Docker file is a text document that contains all the commands a user could call on the command line to assemble an image. Using docker build user can create an automated build that executed several command-line instructions.

Features of docker are:

Docker compose is basically a tool which can be used with docker to create and configure multiple containers at once with single command. We can do that by writing YML file to configure our application’s servers.

To see the docker compose the command is

By the help of this command, we can see the docker compose version 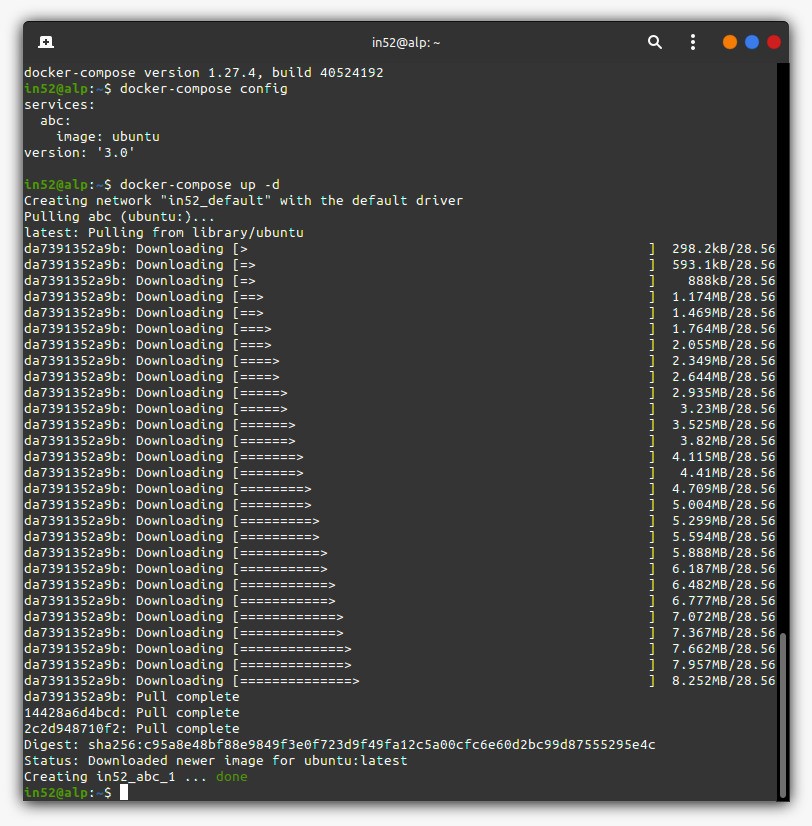 Here the command docker ps -a is show all the containers that are running.

Docker Compose is a tool for defining and running multi-container Docker applications. With Compose.

Docker Compose use a YAML file to configure your application’s services. … Define the services that make up your app in docker-compose.yml so they can be run together in an isolated environment. Then with a single command we can create and start all the services from our configuration.

Docker is a container orchestration tool part of docker engine. With it developers and IT administrators can deploy and manage a cluster of docker nodes as a single virtual system. Docker swarm allows the users to manage multiple containers deployed across multiple host machine.

Docker swarm is a group of either physical or virtual machine running the docker application and that have been configure to join together in a cluster. Swarm consists of multiple docker hosts which run in swarm mode and act as a manager. Docker works to maintain that desired state. Docker schedules that node’s tasks on another place.

Docker swarm is a new version of docker. It is designed to easily manage containers scheduling over multiple hosts, using docker CLI. It allows to connect multiple hosts with docker together if worker host fails, all containers will be rescheduled to other nodes.

Docker use a client server architecture. The docker client talks to docker daemon which does they heavy lifting building, running, and distributing of docker containers. 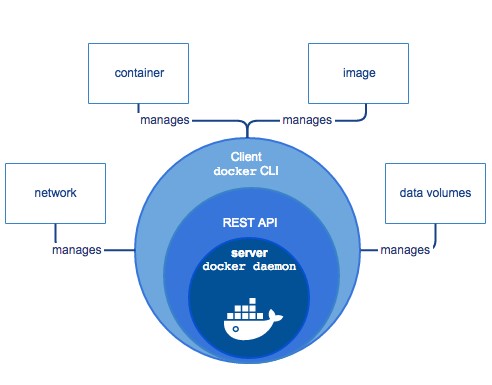 DOCKE CLIENT: Docker client is primary way that many docker users interact with docker. The client can communicate with more than one daemon.

DOCKER REGISTER: Docker register stores docker images. Docker hub is public registry that anyone can use, and docker is configured to look for images on docker hub by default. 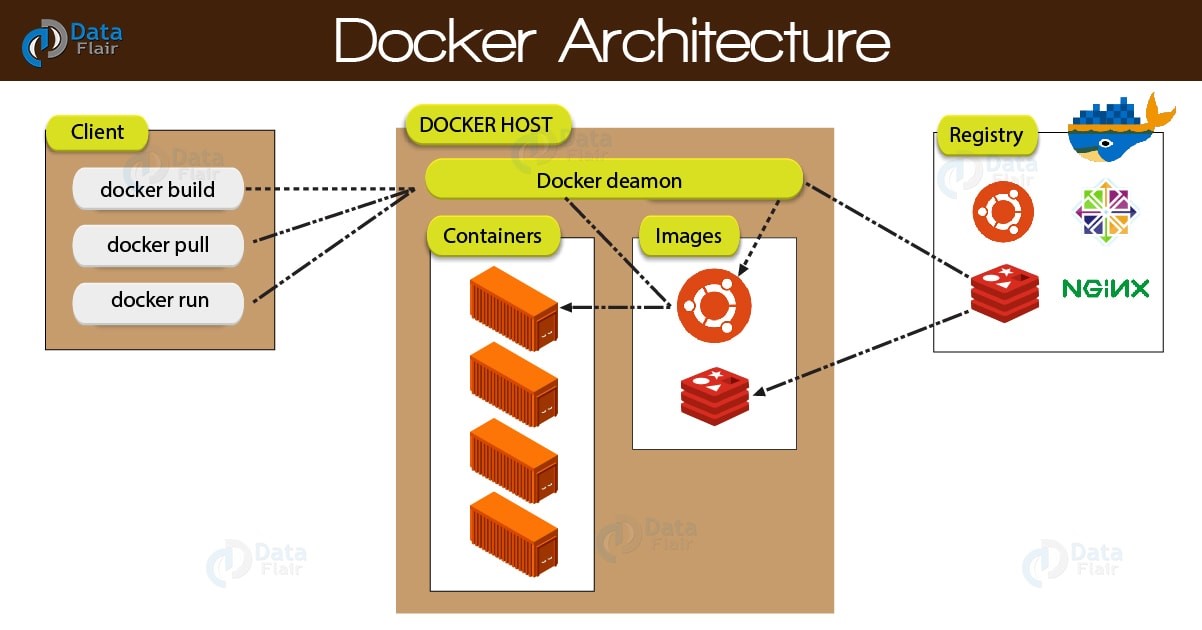 To see the docker compose version