What Is Puppet In DevOps? 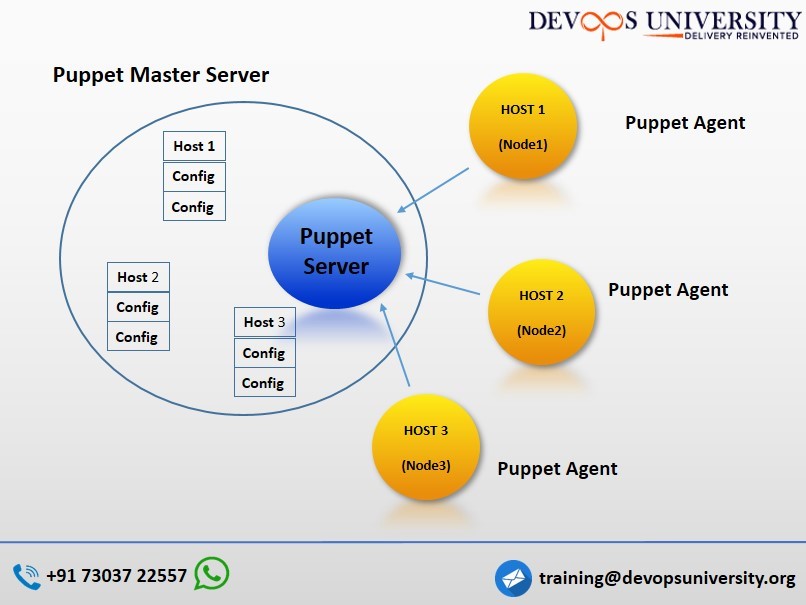 Puppet is a free and open-source tool for managing and deploying software configurations. It’s most commonly used on Linux and Windows to pull the strings on multiple application servers simultaneously. On the other hand, Puppet may be used on a variety of platforms, including IBM mainframes, Cisco switches, and Mac OS servers. 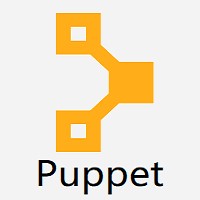 Puppet is a system administration solution that aids in the automation and centralization of configuration management. It’s also used to deliver software. It aids in the management of server configurations, deployments, and orchestrations of numerous applications throughout the organization’s infrastructure.

DevOps is a set of approaches that leverage continuous integration, the interaction of multiple specialists, and automation tools to improve the efficiency of development processes and software deployment in IT operations. System administration is commonly related to DevOps, which combines these sectors. In addition, administrators frequently transition from IT to DevOps since they have similar backgrounds. 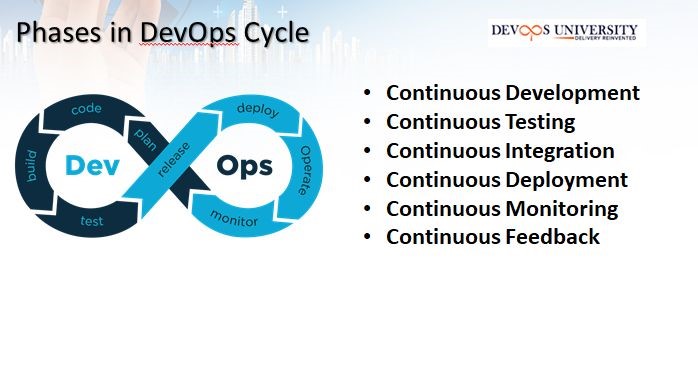 When you use Puppet, you define the desired state of your infrastructure’s systems you wish to control.

This is accomplished by creating infrastructure code in Puppet’s Domain-Specific Language (DSL) – Puppet Code — which can be used with various devices and operating systems. The declarative nature of Puppet programming means that you specify the desired state of your systems rather than the processes required to get there. Puppet then automates obtaining and keeping these systems in that state. Puppet accomplishes this with the help of a Puppet agent and a Puppet primary server. The Puppet primary server is where the code that describes your desired state is stored. The Puppet agent converts your code into commands, which it then runs.

If you have 100 servers, maintaining, managing, and configuring them manually is impossible. Therefore, the following are Puppet’s actions:

Why Use Puppet Software for DevOps

What Are The Benefits Of Puppets In DevOps? 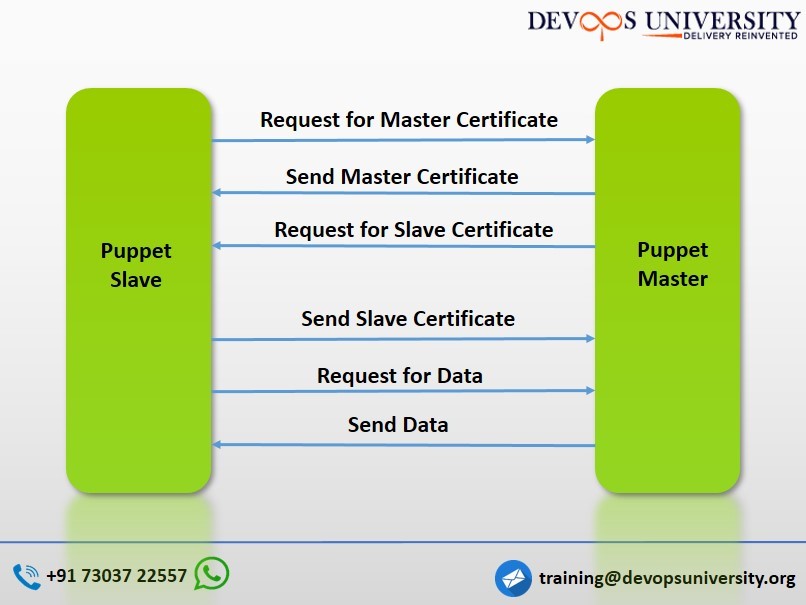 Scalability and consistency, portability, adaptability, and continuous infrastructure analysis are all essential aspects for DevOps to consider. Many of these issues are resolved when Puppet is used. Many additional necessary DevOps tools are available, and the list is constantly expanding. The newer tools vary in that they are less well-known, whereas Puppet has a good reputation, has made tremendous progress, and is used by many large IT businesses.

There are various tools available in configuration management like Puppet, Ansible, Saltstack, Chef etc. Puppet is a configuration management tool that allows you to centralize and automate the process. Puppets can also be used to deploy software. It is an open-source configuration management software commonly used to configure, manage, deploy, and orchestrate numerous applications and services across an organization’s infrastructure. A puppet is a fantastic tool for inspecting, delivering, and running software, regardless of where it runs. It is possible to ensure consistency and security across the entire infrastructure. Puppet’s virtue may be upgraded as needed, and the systems will still be compliant with the new upgrades.